LATEST ARTICLE FOR "CHEAP EATS &THRIFTY CRAFTS"- Before American Girl and Barbie, There Was Church Baby

This is the link to my latest article for Cheap Eats & Thrifty Crafts:
http://www.cheapeatsthriftycrafts.com/vintage-doll-craft-before-american-girl-and-barbie-there-was-church-baby/ 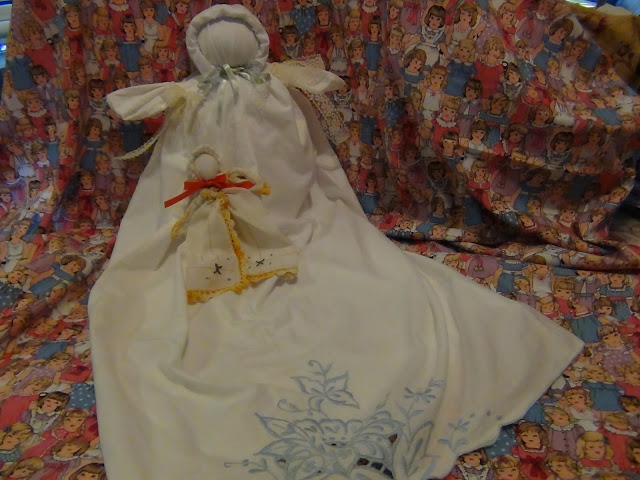 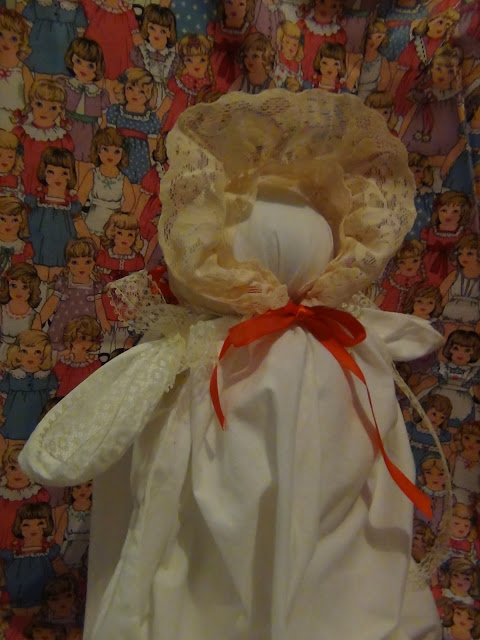 A few months ago I received an email from Jesse, the editor of Cheap Eats & Thrifty Crafts asking if this was the Carolyn Wainscott who had written tutorials for Fave Crafts and other online craft sites under Prime Publishing a few years ago. [Cheap Eats is another site for Prime Publishing along with several other sites that are geared towards different crafts: cooking, crochet, sewing, knitting, etc] Yep, I responded, you found me. Would I be interested in writing articles for her? Well, now, what did she have in mind-and my relationship with Prime Publishing is on again.

I don't know if Jesse gets in a pinch or is just desparate but she messages me asking if I could come up with specific crafts for her special weeks. I send her what are possibilities from my long bucket list that I made at the beginning of this year and keep adding to it and she chooses what she thinks would be suitable. The last time she wanted something vintage and something angels and picked the Church Baby as one.

My good friend, Val, told me about a online craft site called FaveCraft several years ago-late 2010- and I have been hooked ever since. I downloaded so many crochet patterns I will have to live to 300 to get them all done not to mention all the other crafts ideas there.

This morning before starting this post I looked back to check when I wrote my very first post and found that www.carolynscanvas.blogspot.com was born on August 31, 2010. I had been planning on starting one for quite a while and finally got it going. No clear picture of what it could or would be. I had just gotten through with canning season and even included a recipe that I would be using the peaches in that had just been put up:
http://carolynscanvas.blogspot.com/2010/08/hallelujah-cannings-done.html

Then in early 2011 FaveCrafts put out a call for craft tutorials and videos and I sent in the application to see what was going on. The editor said nothing spectacular, no big production company so my great experience of writing 3 or 4 blog posts with recipes and poems by then and my vast love of crafting with my little video camera would do. My first Favecraft tutorial was uploaded and online April, 2011.

Several months later when Prime Publishing launched another site, FaveQuilts, I was asked since I am a quilter by the editor if I could submit tutorials for that site also.

I have enjoyed working with the craft sites. I love sharing crafting with others and have worked with many groups but I had to step back for a while due to my husband's health and other circumstances. I kept somewhat busy with my own crafting-it is my therapy. Now, here I am again sharing on other craft sites besides my own, I guess it keeps me busy and out of trouble.

And a shout out to Jesse Carpenter, editor of Cheap Eats, to thank her for allowing me to share my love of crafting.

Posted by Carolyn Wainscott at 1:11 PM