Back in December, 2014, an announcement went out that 100 tickets would be available for the CHA [Craft & Hobby Association] Winter 2015 Blogger Networking Event hosted by Prime Publishing. Taken from the CHA home page: The CHA MEGA Show, produced by the Craft & Hobby Association (CHA), brings together the entire industry for five days of education, networking and product innovations.

On a whim, I applied and glory be, I was chosen and received one of the tickets. Almost as soon as I got the cherished ticket, plans changed and I couldn't go. Immediately contacted Prime Publishing to please give the ticket to someone else and I thought that was the end of it until......

a few weeks later my granddaughter, Erica, brought a box in that had just been delivered. I didn't think I had ordered anything and there was a double surprise when I found the sender was none other than Prime Publishing.

Now why in the world would Prime Publishing be sending me anything. Erica and I opened the box, pulled all the packing from the top and found quite a few craft items from different suppliers.

Why, there were things from several suppliers including MD Hobby & Crafts-chicken wire, embossing foil, gloves for working with metals, metal hole punch-to name a few: 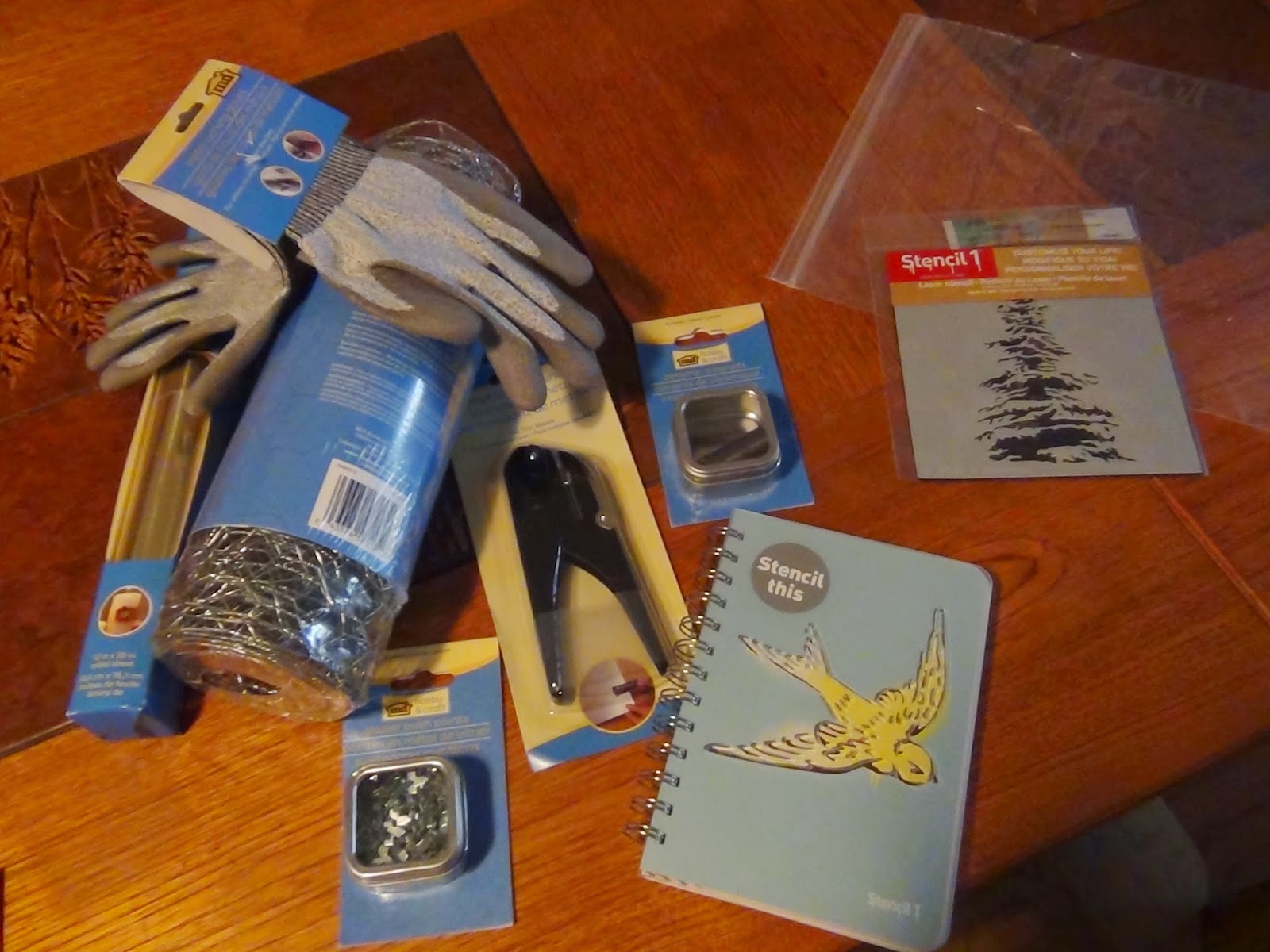 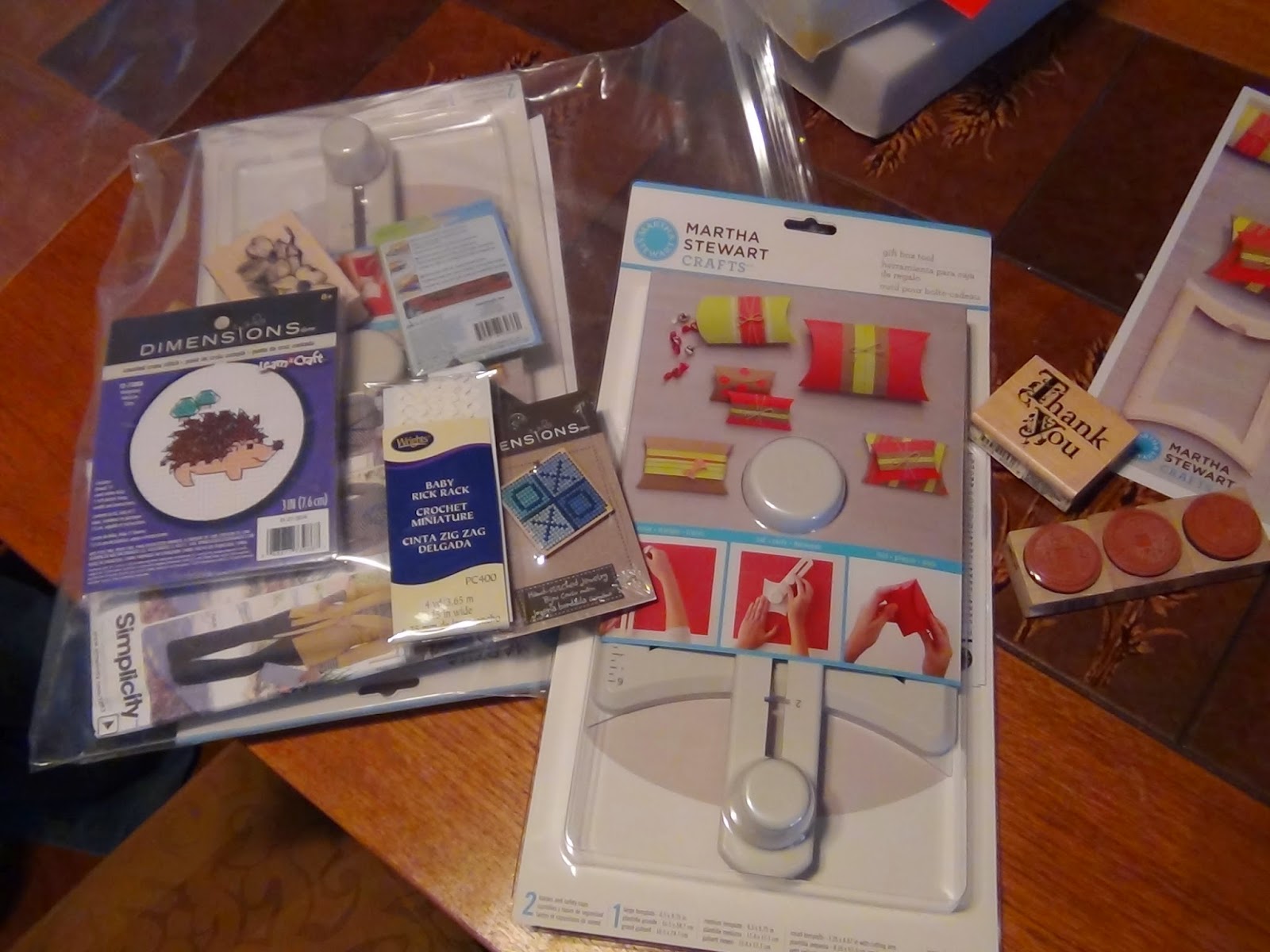 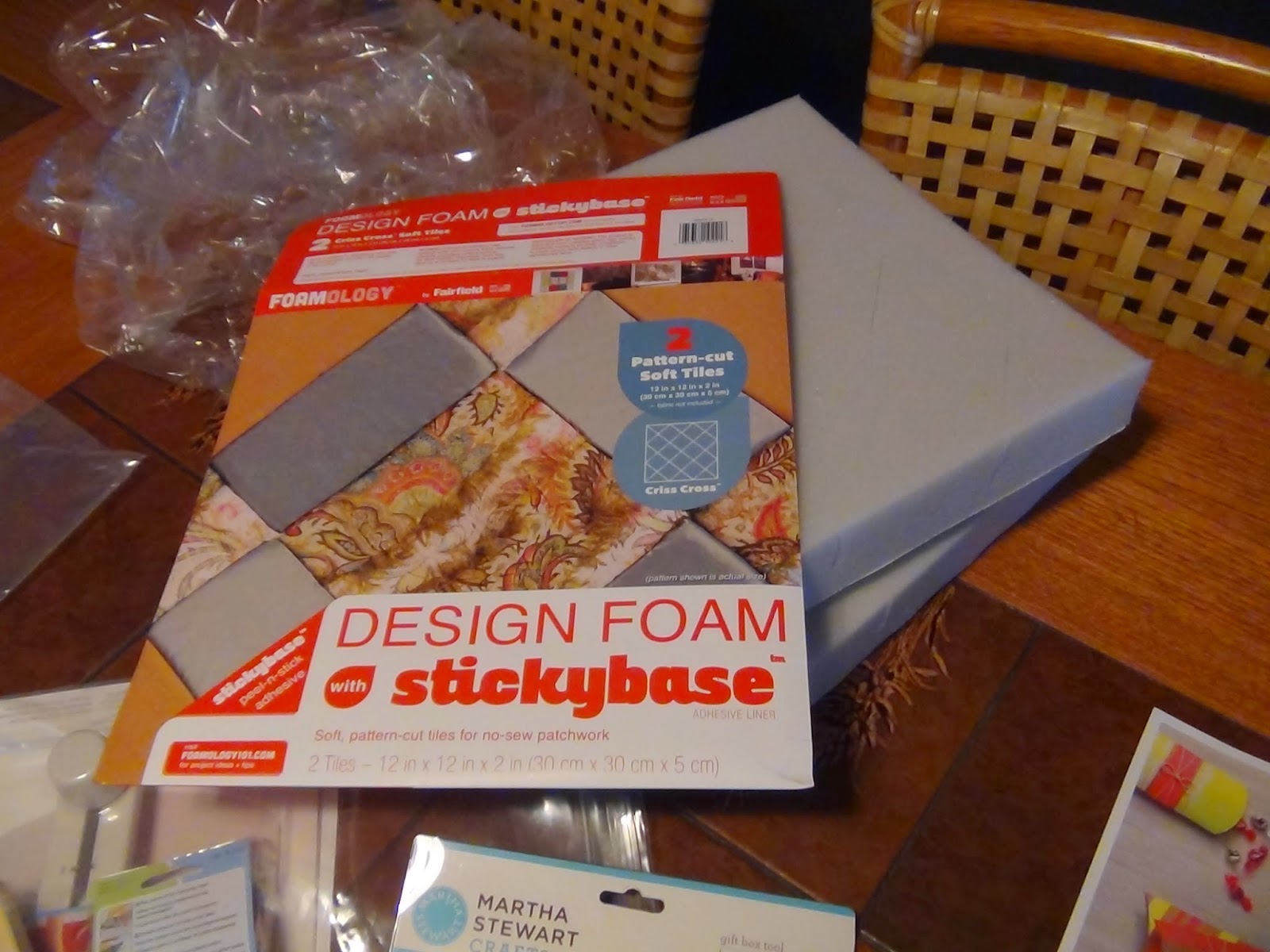 along with samples of several types of interfacings, quilt battings and a fabric I had intended on checking out on my next trip to fabric shops called Oly Fun. It seems to have a lot of uses, doesn't have to be hemmed because it doesn't ravel, seems quite sturdy: 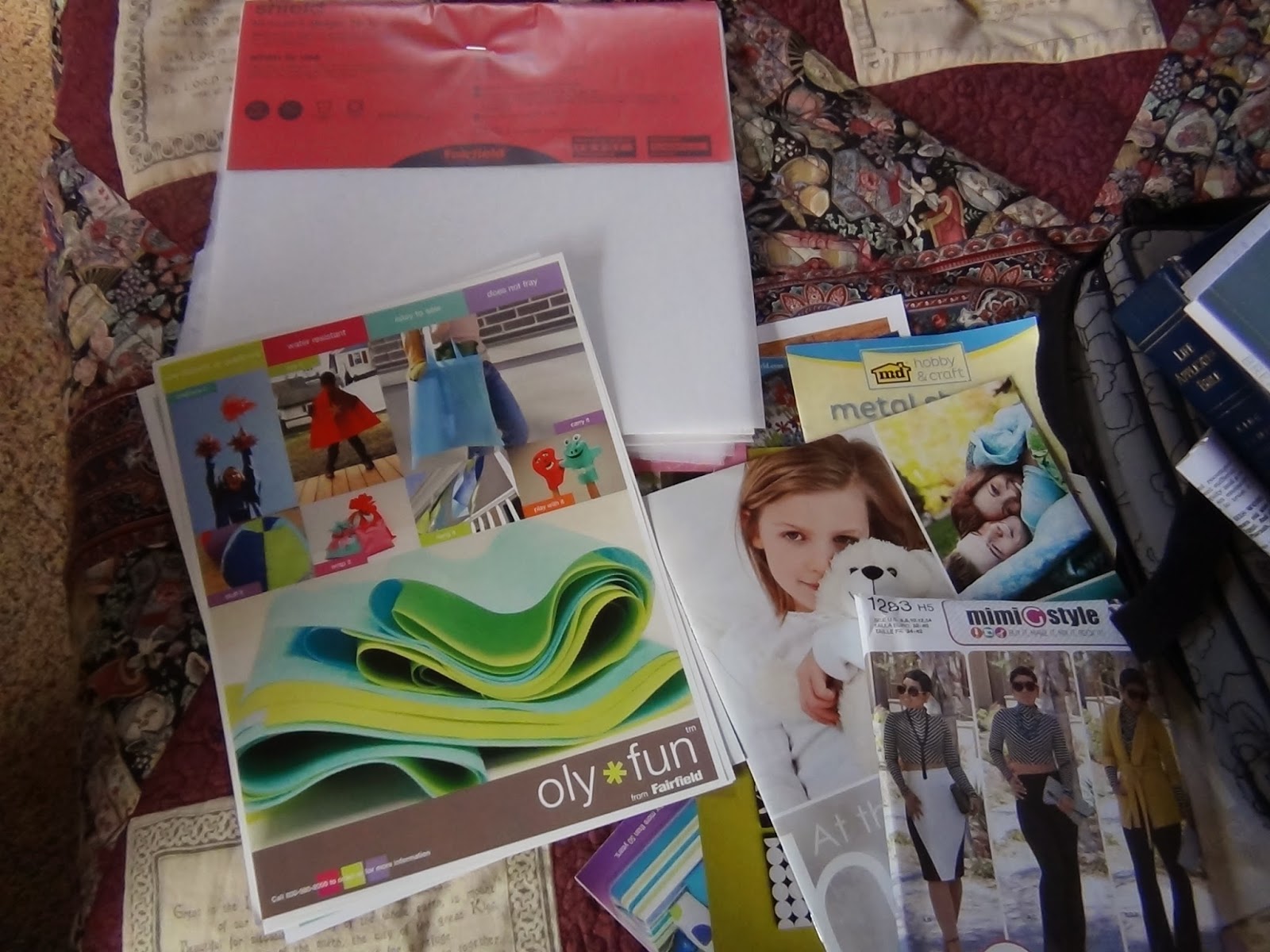 But until we got to the very bottom of the box did we find why Prime Publishing had gifted Carolyn Wainscott with all these lovely craft things. There, underneath all the packing and goodies was my answer.

All this had been given to attendees in swag bags at the CHA Winter 2015 Blogger Networking Event-the event that I hadn't been able to attend and had returned the coveted ticket. Any or all of the items could be used in a contest to create an original creation for a Blogger contest. Only those who had received swag bags at the Winter Event plus other bloggers chosen can participate in the contest AND I GET TO BE PART OF  THE CONTEST! WHOOOOEEEE!

WOW! I have been chosen to be a part of this contest. I am very excited but how in the world do you combine a pillow form, chicken wire, copper embossing metal, Oly Fun fabric, a box maker kit and other sundry things by February 23 no less. If I don't stop scratching me head over this, I am going to be bald soon.

Any ideas out there?? The voting starts on February 25, 2015 and ends on March 4, 2015 so I'll keep you posted on my progress and please come over to vote for me, even if you don't like it-whatever it will be. All project submissions will be posted on FaveCrafts.com and then appear in an exclusive Best Blogger Crafts 2015 free eBook that can be downloaded on FaveCrafts.com, Amazon and the AppleiBookStore.

So, please keep this poor, li'l, ol' gray headed, great, grandmother in mind who just loves to craft-and it keeps me out of trouble-well, sometimes. 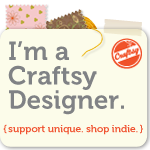 Posted by Carolyn Wainscott at 7:52 AM